The Castro Valley community has spent the last 18 months working closely with the Alameda County Public Works Agency (PWA) on updating the local bike & pedestrian plan (full name “Alameda County Bicycle & Pedestrian Master Plan for Unincorporated Areas”). This plan is a wish list for infrastructure improvements to improve safety and accessibility for people to walk and bike in Castro Valley – and the rest of unincorporated Alameda County – and is a key guiding factor in decision-making for the County.

The old master plan was created in 2012, and gathered input at only one community meeting in Castro Valley. This plan reflects the then-lack of interest in making our community a thriving, walkable, bikable place to live. Six years later, we’ve awakened to wanting a more active, thriving, environmentally friendly place to live that is not 100% dependent on driving. We have the opportunity to make a plan that holds the vision for what we’d like to see, limited only by funding. 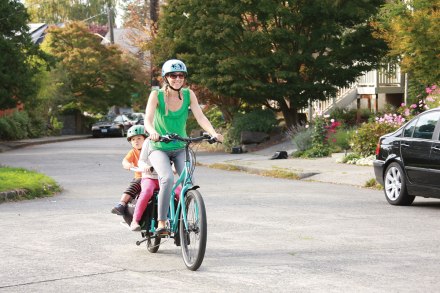 What the MAC hasn’t heard enough yet:

How can we help inform the MAC? Next Monday, May 21st, at 6pm at the CV Library, PWA will return to the MAC to try to better explain the purpose of the updated plan – that it’s a wish list, and no infrastructure changes will be made without community meetings for each project, and that the source of the update – the wish list – is our community. And we need YOU to come to the meeting and let the MAC know that you support bike infrastructure improvements. Please come to the meeting, bring your kids, your neighbors, your friends. Help us educate the MAC on what the community wants – safer cycling infrastructure that is good for everyone in our community. Thank you.